Telmate Verify – Fill Out and Use

This is the place to go if you need to edit and save this form. Our PDF editor will let you work with any document efficiently. Any device works extremely well, including a phone, tablet, or laptop. Telmate Verify is a form that allows inmates to request proof of their incarceration from Telmate. This form can be used to provide documentation for things such as parole hearings, job applications, or housing applications. In order to use the Telmate Verify Form, inmates must first create an account on Telmate's website. After creating an account, they will be able to access the Telmate Verify Form. Instructions for how to complete the form are included on the website. The form can be submitted electronically or through mail. Proof of incarceration is typically sent within two weeks of submission. In order to ensure accuracy, all information provided on the Telmate Verify Form must be correct and up-to-date.

The table provides information about the telmate verify. It may be helpful to find out its size, the typical time to complete the form, the fields you will need to fill in, and so forth. 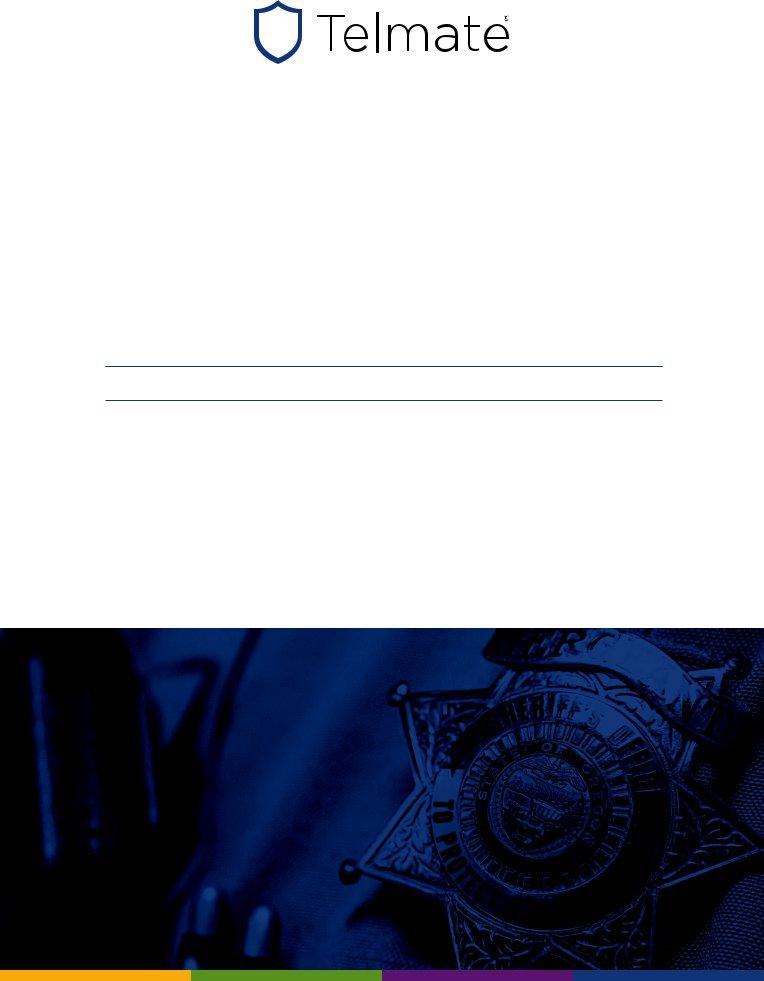 THE CASE FOR TELMATE VERIFIED AND TRANSPARENT IDENTITY VERIFICATION

Telmate Veriﬁed is an automated identity veriﬁcation system included in every Telmate installation that authenticates all users. It is the core of Telmate Investigator, our suite

of tools. Telmate Veriﬁed is the technology additive that optimizes the performance of Telmate Investigator, allowing the tools to track and process every action including phone calls, deposits, video visits, messages, and shared photos.

Telmate Veriﬁed makes it possible for investigators to strengthen the acuity of their investigations and go farther than previously thought possible. Our robust automated identity veriﬁcation system has the power to stand apart from other systems that only track limited identities and actions. Telmate Veriﬁed makes the investigative side of Telmate the most powerful search tool available for correctional facilities.

Telmate Veriﬁed empowers investigators by giving them the ability to uncover unknown relationships and positively identify their suspect, which is one of the most crucial processes and steps in a criminal investigation. It also provides jumps in the investigation, not just leaps of faith.

Challenges: When inmates communicate, who are they really connecting with?

Finding suspects who have a criminal record or a warrant is easy, but investigators report the real challenge is ﬁnding the often invisible connections – those people who are “off the radar.”

Today, there are thousands of tools available to analyze communications, but none of them can actually verify the identity of the individual. Instead, it is the real, human connections that give investigators the ability to be more effective in their jobs.

Within a jail or prison, there are myriad ways that inmates, friends, family and even staff, connect — including phone calls, video visits, deposits, messages, photo sharing, commissary orders, requests, grievances, and more. The sheer amount of individuals and possible combinations of connections through these various channels becomes staggering, especially when an investigator is trying to uncover clues and key relationships.

While most inmate communication systems track some user identities, Telmate Veriﬁed is the only system in corrections that literally makes it possible to track every user and every action within the Telmate system. In short, Telmate Veriﬁed tells investigators: who did what, when, and from where. This means that investigators know that “Paul” called “Mary” (Paul is an inmate and Mary is a Telmate Veriﬁed friends and family member in the Telmate system) from Facility X. And that in an instant, the investigator can know that Paul, who was booked on drug charges, was using a phone, in Pod 4, to contact Mary, who called from San Diego, CA, and who is also connected with another known drug dealer in the same facility. With Telmate Veriﬁed what was a hunch now becomes empirical fact.

For years, traditional police work has been carried out with methods such as: scouring traditional types of databases; walking to ﬁnd information; gathering video in the area that a crime was committed.

Today investigators are dealing with ever growing numbers of cases and complex evidence sources. These investigators are often overworked with too many piled up cases, and in need of more than traditional investigator tools to stay ahead of criminal activity.

The traditional linear approach to investigating and manually piecing together facts and evidence leads to higher costs and bogged down and bloated case backlogs. It is often difﬁcult to see the bigger picture, realize efﬁcacy, put all the facts together and save time. In general, these outdated methods do not offer scalable solutions, which leaves investigators looking to technology companies like Telmate, for more efﬁcient ways to uncover the facts.

never imagined possible. Nearly all investigators report that once they start being adopters of investigative technology like Telmate Investigator, it far surpasses their expectations and becomes an essential component of an investigative division.

Telmate introduced technology into the corrections industry at a swift pace. We began by modernizing phone communications and rapidly expanded into today’s business, which includes secure forms of what we mostly use in our modern, world: messaging, video chats, phones, tablets, and mobile applications — all in a secure, controlled manner.

As a result of Telmate’s expansion, we have accumulated a signiﬁcant amount of big data around criminal human networks. This human network behind crime is immensely valuable to investigators. Recognizing that advantage, Telmate has gone a step beyond any other corrections provider in the industry with Telmate Veriﬁed, to ensure that we have rich data on the identity of every person within the criminal network. In other words, we know and have veriﬁed the identity of every person that comes into our system.

Why does Telmate do this? There are a number of reasons. For example: Telmate Veriﬁed makes it easy to discover attempted or ongoing criminal behavior early on, allowing us to intervene and take appropriate action. Telmate Veriﬁed can prevent extortion and money laundering, while having the positive side beneﬁt of crime reduction. In addition to crime prevention and reduction, the information we obtain is a treasure trove to investigators.

From the initial point of contact to every subsequent interaction, Telmate Veriﬁed is automatically building comprehensive user dossiers. Each different point of contact into the Telmate system brings more information and continues to ﬁll in a dynamic, rich data picture for investigators. This information is then conﬁrmed and veriﬁed by third party sources, ensuring that the information provided is correct.

Information collection begins at account creation. When friends and family of an inmate want to receive calls, deposit funds, leave a voicemail, or schedule a video visit, they are ﬁrst prompted to create an account through one of the following Telmate touch points:

-At a facility lobby kiosk

As a result, from moment one Telmate Veriﬁed begins to harvest data and connect each user with inmates.

When an individual creates an account at the lobby kiosk, they must scan or swipe the front/ back of a photo ID, typically a drivers license. At this touchpoint, Telmate Veriﬁed harvests additional information such as:

DOB, zip code, address, and photo (we compare the photo on the ID to a photo).

When an individual creates an account over the phone, they are required to go through an automated process conﬁrming their identity by answering a series of questions that are matched against a national database and background checks. At this touchpoint, Telmate Veriﬁed harvests:

When an individual creates an account online, they are required to provide a valid credit card. At this touchpoint, Telmate Veriﬁed harvests:

Once a user has created an account and becomes Telmate Veriﬁed, additional information is constantly being updated and gathered through any subsequent interaction they have with the Telmate system. For example, if a user makes any type of connection with an inmate, uses a new credit card, scans a new ID, or has a new photo taken at a kiosk, Telmate Veriﬁed automatically adds the information to the user proﬁle, which bolsters the individual’s overall data picture. With our system, typically in only a few weeks of standard deposits, phone calls, visits and messages, Telmate Veriﬁed creates a user dossier that used to take investigators months to amass.

When investigators use Telmate Veriﬁed and associated investigator tools, they bring speed, precision, efﬁciency and quality to their facility and investigations, while experiencing the following beneﬁts:

together who have previously been off of the Law Enforcement radar. It has the ability to provide a snapshot of associated individuals who may be involved in activities of interest that cannot be discovered otherwise.”

“The Covington County Sheriff’s Ofﬁce uses Telmate Veriﬁed to gather intelligence and uncover covert operatives within our community. We believe it provides an excellent investigative tool to our investigators and jail staff to build and solve criminal cases. The technology that Telmate provides us is surpassed by none that I have encountered and we as an agency are thankful for that.”

“Caseloads for investigators in Lake County have doubled in 5 years, I can’t simply rely on my old proven methods, I’ve now added to my tool chess, technology like Telmate Veriﬁed to stay ahead of crime.”

“With the use of the Telmate system, I have made felony cases, solved felony cases, located needed evidence, identiﬁed witnesses, obtained incriminating statements from defendants, the list goes on and on.”

We created Telmate Veriﬁed and Telmate Investigator, for investigators looking to use the best and most sophisticated set of tools in corrections today.

Our investigative system is the result of rapid and technology, which has also created a rich data source around criminal human networks that helps investigators to accelerate their investigative timelines. 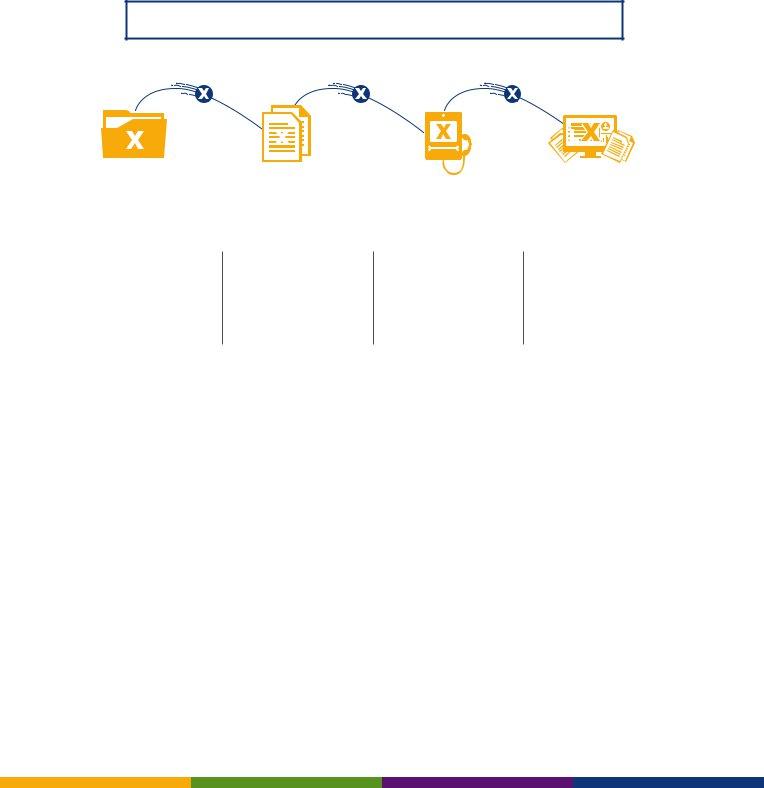 strategies in ways that were never before anticipated. Investigators want to solve crimes, protect communities and make the world a better place. They want tools to help carry out that mission. But traditional investigative work has lost its efﬁcacy. With the Telmate system and its uses, investigators now have the ability to run more, and increasingly sophisticated investigations.

Get new case, gather background on person of interest, and identify all key actions and relationships.

TOOL USED Connections Tool to analyze inmate’s per- sonal network both in and outside facility.

Look for anomalies in behavior and levels of association by com- piling inmate history.

Call Detection to flag and monitor suspected calls from inmates to friends and family who are attempting criminal activiy.

TOOL USED Telmate Verified to track every user action in the Telmate system, connect the dots, and bolster investigation.

The typical investigation is not about X marks the spot, but X moving along the path toward successful conviction.

Telmate Verify isn’t the one you’re looking for?