Arizona Paternity – Fill Out and Use

Arizona Paternity is a local family law firm that helps people in need. We handle cases with ease and efficiency so you can get what you deserve.

This is the place to be at if you're looking to edit and download this form. Our PDF editor will allow you to fill out any form quickly and easily. Any platform may be used, such as a smartphone, tablet, or laptop. Arizona paternity is a legal procedure that establishes the father of a child. This is done to determine who has parental rights and responsibilities for the child, as well as any other legal rights or responsibilities related to the child. Establishing paternity can be necessary when there are multiple possible fathers, such as in cases of divorce or adoption, but it also helps protect children from being abandoned by their parents. In Arizona, you can establish paternity through an administrative process which includes completing a form and signing an affidavit. You may also have to provide documents proving your relationship with the mother or child if there are doubts about either one's identity.

In the listing, there is some information about the arizona paternity. It's advisable that you read through this information before you decide to start filling out the PDF.

READ ALL INSTRUCTIONS CAREFULLY AND REMOVE THIS PAGE BEFORE COMPLETION

The purpose of this form is to acknowledge paternity for a child born out of wedlock.

This Acknowledgment of Paternity IS NOT applicable if the mother of the child was married at the time of birth or was married at any time in the ten months immediately preceding such birth pursuant to A.R.S. § unless accompanied by a Waiver of Paternity Affidavit.

•Read the "Acknowledgment of Paternity" and the Notice of Alternatives, The legal Consequences and the Rights and Responsibilities.

•Only use BLACK INK. Colored inks ARE NOT ACCEPTABLE. Type or print all required information except where signatures are required. The Spanish translation on the last page is for reference only. Please complete the English side.

•DO NOT MAKE CORRECTIONS ON THE FORM. Forms with crossouts, erasures, alterations, etc., will invalidate the Acknowledgment. DO NOT SUBMIT AN ACKNOWLEDGMENT CONTAINING SUCH CHANGES. If you make a mistake, ask for a new form and begin again.

•Fill in every blank or box on the form. Incomplete or incorrect information may cause delays in the filing of the Acknowledgment.

•In cases of multiple births, a separate Acknowledgment for each child must be completed.

•The Acknowledgment must be signed in the presence of a Witness or Notary Public. Each parent must sign their name on all copies of the form and each signature must be witnessed or notarized. Each parent must show the Witness or Notary appropriate, valid identification. The parents should use their legal name only. Nicknames, shortened name, etc., SHOULD NOT be used. Your Legal Name is the one that appears on your birth certificate, or other official documents.

•If you are changing the child's name, after 3 months of age only the last name of the child can be changed using this form. Any other changes must be requested through the Office of Vital Records.

•If completing this Acknowledgment away from the hospital, remember to sign in the presence of a Notary Public or qualified Witness. A qualified Witness must be at least 18 years old and not related to either parent by blood or marriage. Notary Publics are listed in the telephone directory. RETURN ALL PAGES (excluding completion instructions) OF THE ACKNOWLEDGMENT. Mail the entire document to:

HOW WILL YOUR CHILD BENEFIT IF YOU SIGN THIS FORM?

•Every child has the right to know his or her mother and father and benefit from a relationship with both parents.

•Your child will have two legal parents.

•Your child has a right to financial support from both parents.

•It will be easier for your child to learn the medical histories of both parents and to benefit from health care coverage available to you.

Equal Opportunity Employer/Program • Under Titles VI and VII of the Civil Rights Act of 1964 (Title VI & VII), and the Americans with Disabilities Act of 1990 (ADA), Section 504 of the Rehabilitation Act of 1973, the Age Discrimination Act of 1975, and Title II of the Genetic Information Nondiscrimination Act (GINA) of 2008; the Department prohibits discrimination in admissions, programs, services, activities, or employment based on race, color, religion, sex, national origin, age, disability, genetics and retaliation. The Department must make a reasonable accommodation to allow a person with a disability to take part in a program, service or activity. For example, this means if necessary, the Department must provide sign language interpreters for people who are deaf, a wheelchair accessible location, or enlarged print materials. It also means that the Department will take any other reasonable action that allows you to take part in and understand a program or activity, including making reasonable changes to an activity. If you believe that you will not be able to understand or take part in a program or activity because of your disability, please let us know of your disability needs in advance if at all possible. To request this document in alternative format or for further information about this policy, contact 4045; TTY/TDD Services: • Free language assistance for DES services is available upon request. • Vea la página 5 para el español. 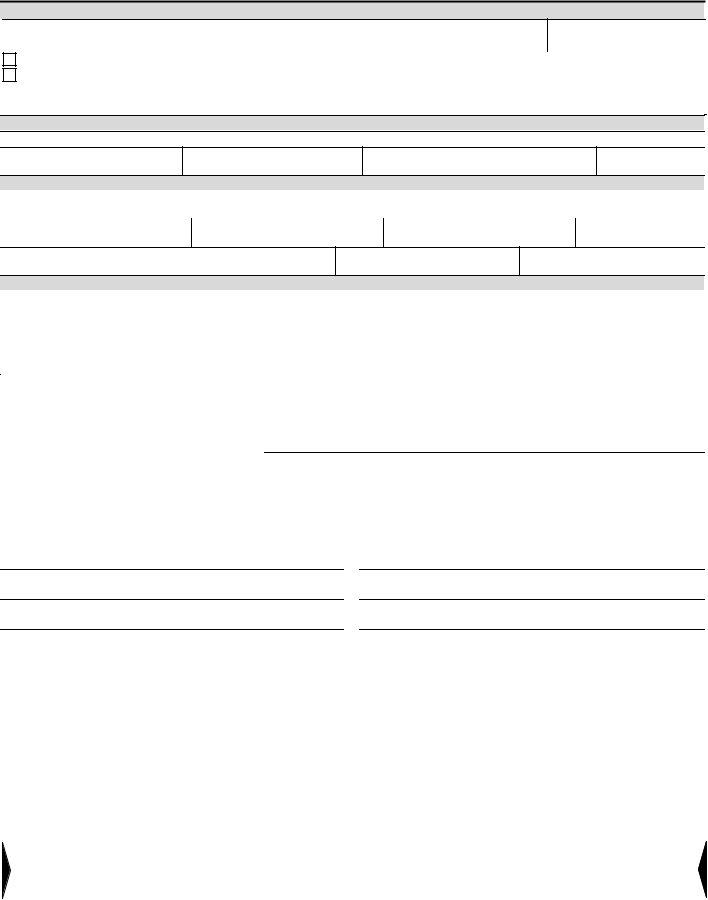 CHILD’S NAME (First, Middle, Last, Suffix) AS IT APPEARS ON THE BIRTH CERTIFICATE

This Acknowledgement is being signed voluntarily with no threat or harm or duress. I have received written and oral notice and have read the NOTICE OF ALTERNATIVES, THE LEGAL CONSEQUENCES AND RIGHTS AND RESPONSIBILITIES. I understand my alternatives, the legal consequences and the rights and responsibilities. I swear and affirm under penalty of perjury pursuant to A.R.S. that this application and any accompanying documents have been examined by me and to the best of my knowledge and belief are true and correct.

WITNESS MUST BE AT LEAST 18 YEARS OF AGE AND NOT RELATED BY BLOOD OR MARRIAGE.

NOTICE OF ALTERNATIVES, THE LEGAL CONSEQUENCES

AND RIGHTS AND RESPONSIBILITIES

PLEASE READ THIS INFORMATION CAREFULLY BEFORE YOU SIGN THE FORM

The purpose of this form is to acknowledge paternity for a child born out of wedlock.

We, the natural mother and natural father, declare that the information provided is true and correct. We acknowledge that the father named is the only possible father of the child named.

If the mother was married at any time in the ten months immediately preceding the birth or the child is born within ten months after the marriage is terminated by death, annulment, declaration of invalidity or dissolution of marriage or after the court enters a decree of legal separation, a Waiver of Paternity Affidavit must accompany this document pursuant to A.R.S. §

I understand that by signing this acknowledgment we are giving up our right to a court hearing to determine paternity as well as the right to have genetic testing done to determine the parentage of this child.

I understand that upon the determination of paternity, both parents have a legal obligation to support their child pursuant to A.R.S. § as well as other duties imposed by Arizona law.

I understand this paternity determination is not a custody order but provides a basis for determining issues related to custody and visitation and affords the parents all rights and responsibilities provided by Arizona law.

I understand that either parent has a right to cancel the Acknowledgment of Paternity by completing an Affidavit of Paternity Rescission within 60 days from the date of the last witnessed/notarized signature on the Acknowledgment and sending it to the Hospital Paternity Program pursuant to A.R.S. § I have read the information provided and received oral notification of our rights and responsibilities by either speaking to staff, viewing a paternity video or phoning

I further declare this statement to be made for recording with the Clerk of the Superior Court, the Department of Economic Security or the Department of Health Services pursuant to A.R.S. § and hereby consent and request that the birth certificate be amended to show the father’s name and to show the child’s name as requested on the front of the Acknowledgment of Paternity. Please note: Any questions regarding name changes should be directed to the Arizona Department of Health Services, Office of Vital Records at (602)

I understand that if it is deemed appropriate by DES, this acknowledgment may be used to obtain a paternity order in any Arizona county having venue.

I understand that I am required to provide my Social Security Number pursuant to 42 USC § 652(a)(7) and 666(a)(5)(IV). DES/DCSE will use this information to establish paternity and if appropriate, to establish and enforce a child support order.

I swear or affirm under penalty of perjury pursuant to A.R.S. § that this application and/or accompanying documents have been examined by me and to the best of my knowledge and belief are true and correct.

WHAT DOES IT MEAN IF YOU SIGN THIS FORM?

By signing this Acknowledgment of Paternity you are legally establishing your child’s paternity. Paternity means legal fatherhood.

Signing this form is voluntary. You should not sign this form if you have been threatened or coerced.

This Acknowledgment does not automatically give the father visitation or custody rights, but he may use it to ask the Court for them. 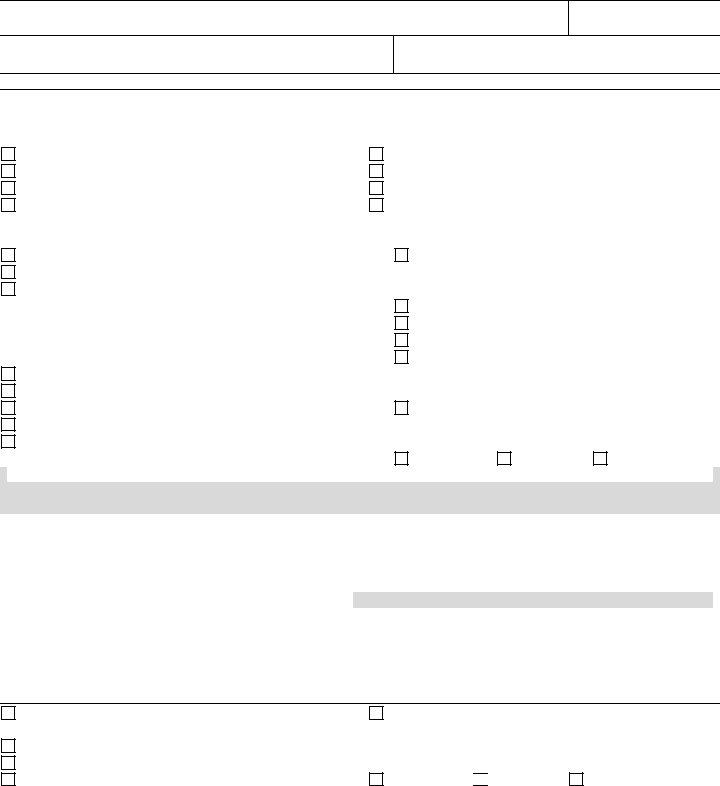 What is the highest level of schooling you will have completed at the time of the child’s delivery? Check one of the following boxes that best describes your education. If you are currently enrolled, check the box that indicates the previous grade or highest degree received.

No, not Spanish, Hispanic or Latino 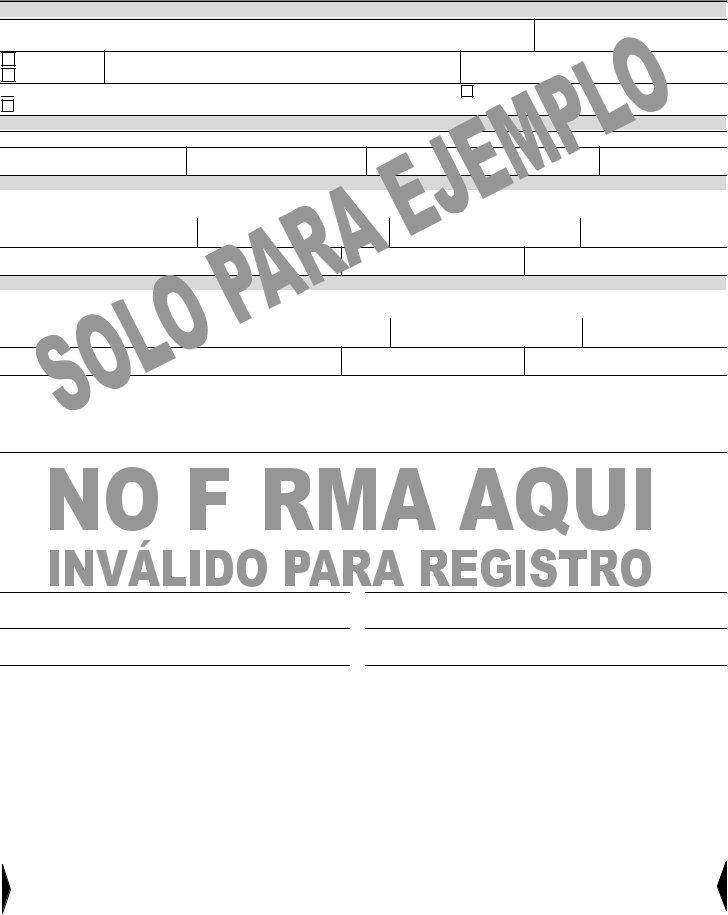 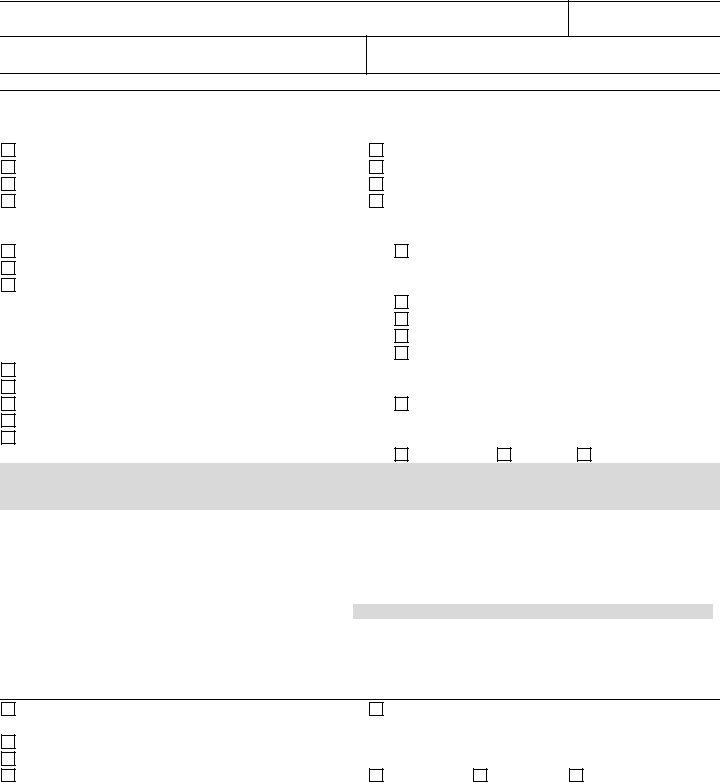 How to Edit Arizona Paternity

The concept supporting our PDF editor was to permit it to be as simple as possible. The general procedure of creating arizona paternity rather simple so long as you comply with all of these steps.

Step 1: Search for the button "Get Form Here" on the website and select it.

Step 2: Now you can manage the arizona paternity. You should use the multifunctional toolbar to include, delete, and modify the content material of the document.

Fill in the arizona paternity PDF and enter the details for every single section:

Step 3: Click the "Done" button. Finally, you can export your PDF document - save it to your electronic device or deliver it by means of electronic mail.

Step 4: In order to avoid any specific problems as time goes on, be sure to create at least a couple of copies of the document.

Arizona Paternity isn’t the one you’re looking for?