Form De 1378N is a form you will need to fill out if you want to obtain or renew your temporary driver's license.

If you want to obtain this form PDF, our document tool is the thing you need! By hitting the button directly below, you'll access the page where it is easy to fill out, download, and store your PDF. Benefit from the ease of functions and interface the editor provides. Form De 1378N is a tax form that businesses in Spain use to report their annual income and expenses. This form is used to calculate the business's taxable income, and it must be submitted to the Spanish Tax Agency by April 30th each year. There are several sections on Form De 1378N, and each one must be completed accurately in order to avoid penalties from the government. In this blog post, we will explain what each section of Form De 1378N entails, so that you can complete it correctly.

This general report will let you determine the time it will require you to complete form de 1378n, how many pages it has, and a few other unique details about the PDF. 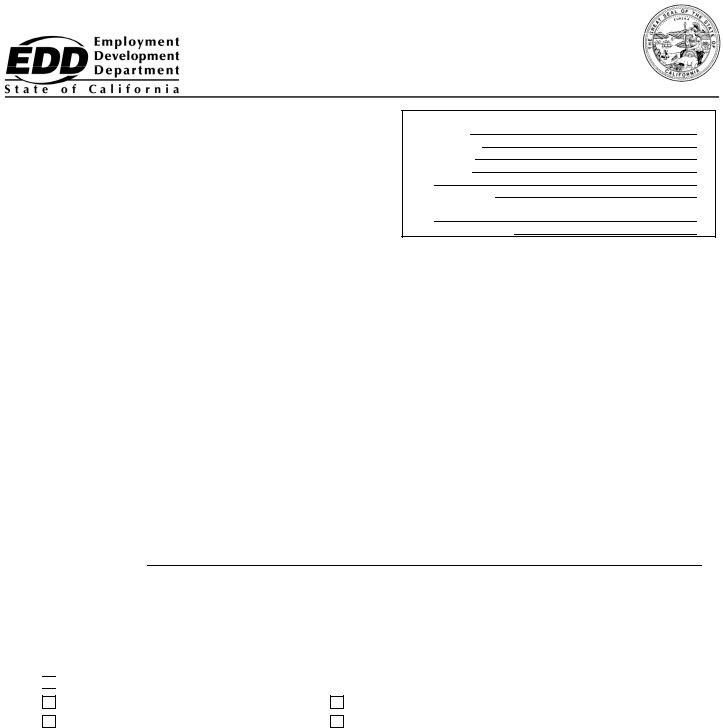 Application for Elective Coverage of State Disability Insurance* ONLY

For Department Use Only

This form is not an application for an account number under the compulsory provisions of the California Unemployment Insurance Code (CUIC). Do not complete this form unless you wish to apply for State Disability Insurance coverage ONLY for your employees under Section 702.6, 710.4, 710.5, 710.6, or 710.9 of the CUIC. Coverage under these sections of the CUIC does not make provision for Unemployment Insurance benefits.

Complete this form only for:

1.Employing units with eligible employees who are California residents whose services are covered by the unemployment compensation laws of another state that does not have a disability insurance program under Section 702.6 of the CUIC.

2.Employees of any of the following:

∙A public school employer under Section 710.4 of the CUIC.

∙A public agency employer under Section 710.5 of the CUIC.

∙An Indian tribe under Section 710.6 of the CUIC.

∙A community college district under Section 710.9 of the CUIC.

NOTE: If your application is approved, the elective coverage agreement will be subject to all of the requirements and conditions outlined in the Information Concerning Elective Coverage for State Disability Insurance ONLY Under Section 702.6, 710.4, 710.5, 710.6, or 710.9 of the California Unemployment Insurance Code (DE 1378P) form. Please retain your copy of the DE 1378P for reference.

5.Law under which agency/employer was established. (Does not apply to Indian Tribes.)

6.Members of governing body of the employer. 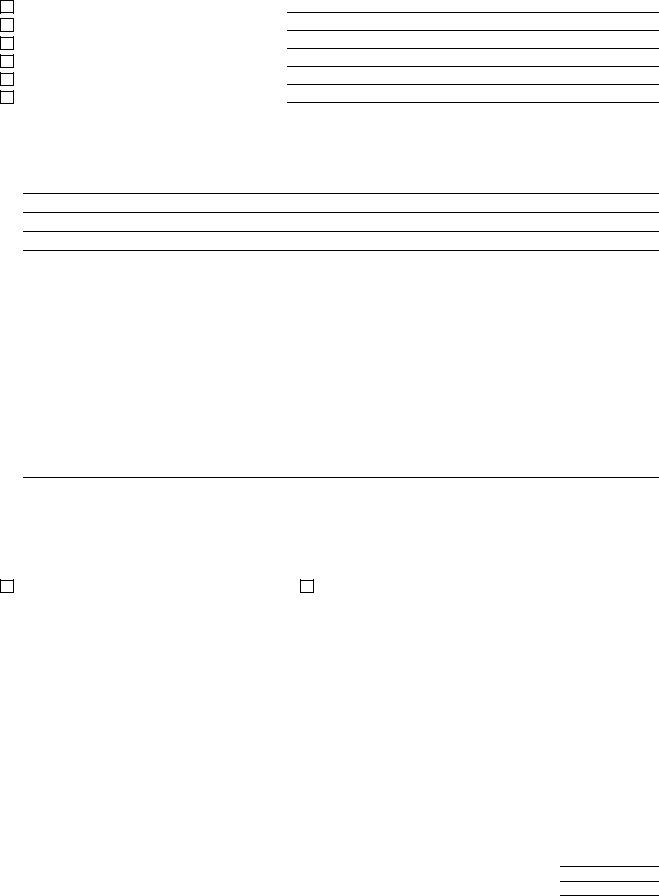 7.This application covers employees of the following appropriate units:

Show Name of Bargaining Unit or Describe Type of Services

8.Complete this schedule covering all elected officers and appointees who perform services for the agency named in Item 1. Exclude individuals listed in Item 6.

(a)Elected offices: (These individuals are ineligible for coverage.) Title of Position

(b)Person holding appointive positions: (These individuals are eligible for coverage unless appointed to fill a vacant elected office.)

(c)Total number of employees to be covered (excluding elected officers and those appointed by the Governor).

9.Deductions should not be made from your employees' wages for the purpose of paying employee contributions required under the CUIC until your election is approved.

11.Attach a copy of either:

∙The negotiated agreement between the employer and the recognized employee organization or written petition signed by a majority of the eligible employees to be covered by the election under Section 702.6 of the CUIC.

The employing unit with eligible employees or governmental or tribal entity described in Item 1 hereby files its application under Section 702.6, 710.4, 710.5, 710.6, or 710.9 of the CUIC to become an employer subject to the CUIC. It is understood that upon approval of the election by the Director, the Employing Unit/Public School/Public Agency/Indian Tribe/Community College District will be an employer subject to the CUIC for State Disability Insurance purposes ONLY to the same extent as other employers as of the date specified in the approval, and will remain a subject employer for at least two complete calendar years and thereafter, until this election is terminated as provided by the CUIC.

I declare that this application has been examined by me, and to the best of my knowledge, it is true and correct and made in good faith under the provisions of the CUIC.

You can easily complete documents with the help of our PDF editor. Updating the edd formn de1326c file is a breeze in case you keep to the next steps:

Step 1: Search for the button "Get Form Here" on this webpage and click it.

Step 2: Once you've got entered the editing page edd formn de1326c, you will be able to discover all of the functions available for the document at the top menu.

The next parts are what you are going to complete to obtain the finished PDF form.

Step 3: If you're done, click the "Done" button to transfer the PDF file.

Step 4: To prevent yourself from any kind of problems in the long run, you should generate at the very least a couple of copies of the document.