Fourth Step Inventory – Fill Out and Use

A Fourth Step Inventory is a process in which an individual takes a close look at their life from the past to the present so that they can make decisions about what to do next.

Editing this form has not been easier. Simply hit the orange button down below and enjoy the advantages of choosing our PDF tool with lots of functions in the toolbar. Here is some information that may be useful if you are aiming to determine how long it'll take you to fill out fourth step inventory and what number of PDF pages it has. 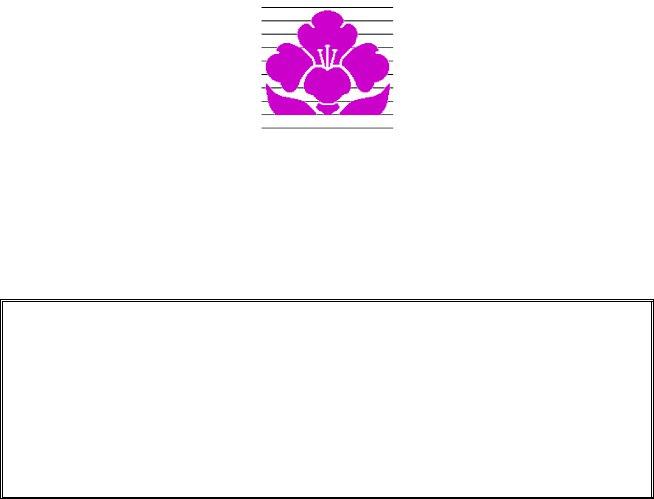 These Fourth Step worksheets use the wording from Alcoholics Anonymous (the Big Book) pages Text in italics is quoted from the Big Book. When the word “optional” is used in the worksheets, it means that the Big Book suggests doing this but does not suggest writing anything down. However, many people who have used these worksheets found it helpful to write down their flaws and their specific defects.

Remember, these worksheets are meant to be helpful, but do not feel restricted by them.

You can get the latest version of these worksheets and other AA materials at www.royy.com.

These worksheets are not officially produced or approved by Alcoholics Anonymous. They have been circulating unofficially

among AA members for at least 50 years in various versions. Their origin is unknown to the producer of this version.

PREPARATION: before you start this written Fourth Step, read pages in the Big Book and the Fourth Step in the Twelve Steps and Twelve Traditions.

1.This inventory is not an exercise in beating yourself up. Be scrupulously honest but be fair to yourself. Inventory your strengths as well as your defects.

2.The following checklist merely suggests what some people consider flaws. You must decide how they fit with your own moral code. Do not be limited by this your other flaws and assets. It is in this Fourth Step that you begin to discover your values– what you consider right and wrong,

functional and dysfunctional how you live up to your standards.

4.Don't be discouraged when your character defects are not immediately lifted after you

have completed your 5th is the work of the 6th, 7th and 10th Steps.

5.Prioritize! Spend most of your time on

the 20% of your flaws that cause 80% of the trouble in your life. You can initially check off as many flaws as you want on the checklist but then prioritize to the 12 that cause the most trouble. If you list more

INTO ACTION: On the following list, check all of your defects and all of your assets. This is an inventory of both bad and good characteristics. Then discuss your defects (with your best example of each) on the Review of Flaws form.

Glossary of Words Used in Steps Four and Five 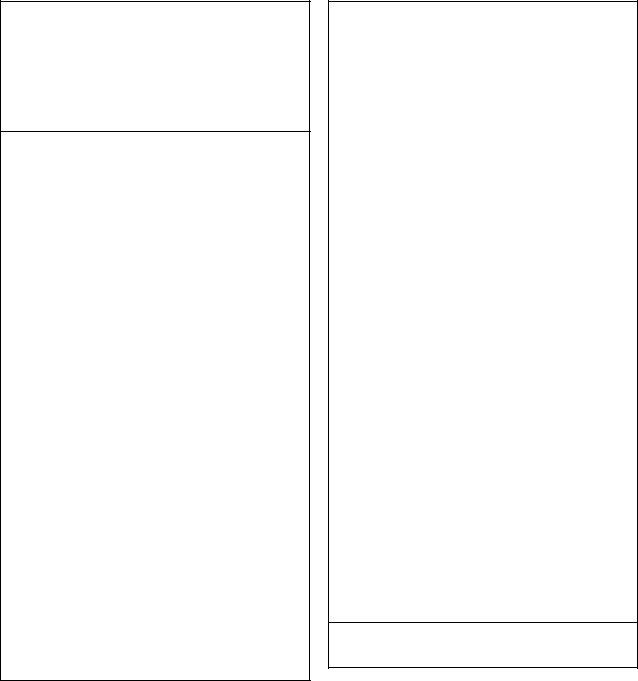 Checklist of Flaws and Assets

Other dysfunctional ways of acting, feeling or thinking which cause others or me pain (specify in the following Review of Flaws). 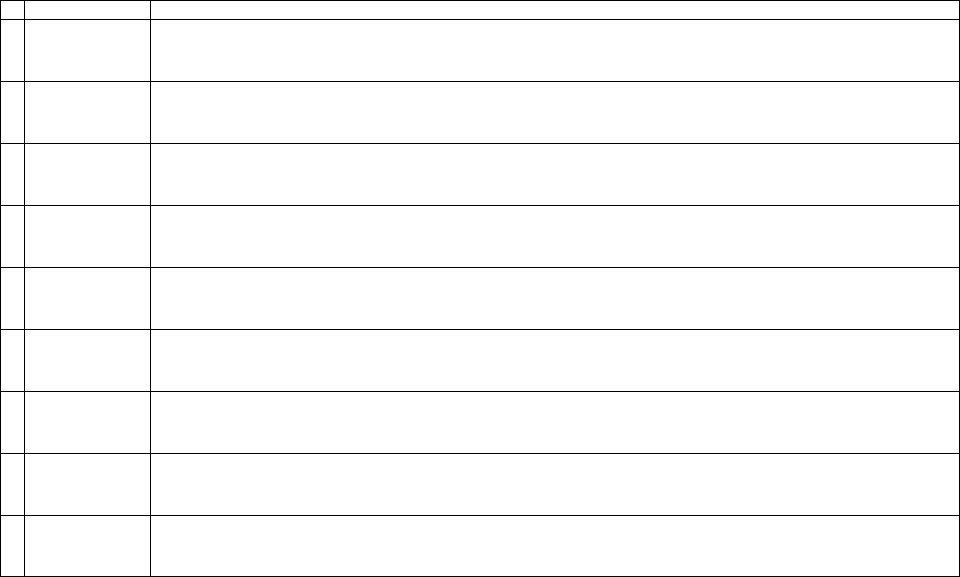 Give your best example of this specific flaw in your life.

Give your best example of this specific flaw in your life.

If you must list additional flaws do so below. Do not beat yourself up.

Do not be restricted by this list. It is just to help you get started. List your resentments on the next pages.

MORE from your experience!

“Putting out of our minds the wrongs others had done, we resolutely looked for our own mistakes. Where had we been selfish, dishonest, and frightened?”

•Not seeing others point of view, problems or needs

•Wanting others to meet my needs– dependence

•Wanting what others have

•Wanting to be the best

•Thinking others are jealous

•Reacting from self loathing, self righteousness

•Too concerned about me

•Not trying to be a friend

•Wanting to look good or be liked

•Concerned only with my needs

•Not seeing or admitting where I was at fault

•Having a superior I'm better

•Blaming others for my problems

•Not expressing feelings or ideas

•Not being clear about motives

•Stubbornly holding on to inaccurate beliefs

•Setting myself up to be “wronged”

•Expecting others to be what they are not

•Trying to control others

•Getting revenge when I don't get what I want

•Acting to make me feel good

•Not being able to control or change someone

•Manipulating others to do my will

•Putting others down internally or externally to build me up

•Acting to fill a void

•Engaging in gluttony or lusting at the expense of another person

*Thanks to Anonymous in New England.

Complete each column top to bottom before proceeding to the next column.

Thus, for instance, fill in all the names of those you are resentful at

before filling in the column for the cause of each resentment. List real resentments, not imaginary or theoretical resentments. Is the resentment a problem for you, does it cause you pain?

Column 1 In dealing with resentments we set them on paper. We listed people, institutions or principles with whom we were angry. Column 2 We asked ourselves why we were angry.

Column 3 On our grudge list we set opposite each name our injuries. Was it our our security, our ambitions, our personal, or sex relations which had been interfered with?

Column 4 Referring to our list again. Putting out of our minds the wrongs others had done, we resolutely looked for our own mistakes. Where had we been selfish, dishonest, and frightened?

Column 5 This Column is optional. List specific other defects to show your participation in the resentments.

Reading from left to right we now see the resentment (Column 1), the cause (Column 2), the part of self that had been affected (Column 3), and the exact nature of the defect within us that allowed the resentment to surface and block us off from God’s will (Columns 4 and 5).

If you must list additional resentments do so below.

Do not be restricted by this list. It is just to help you get started. List your fears on the next pages 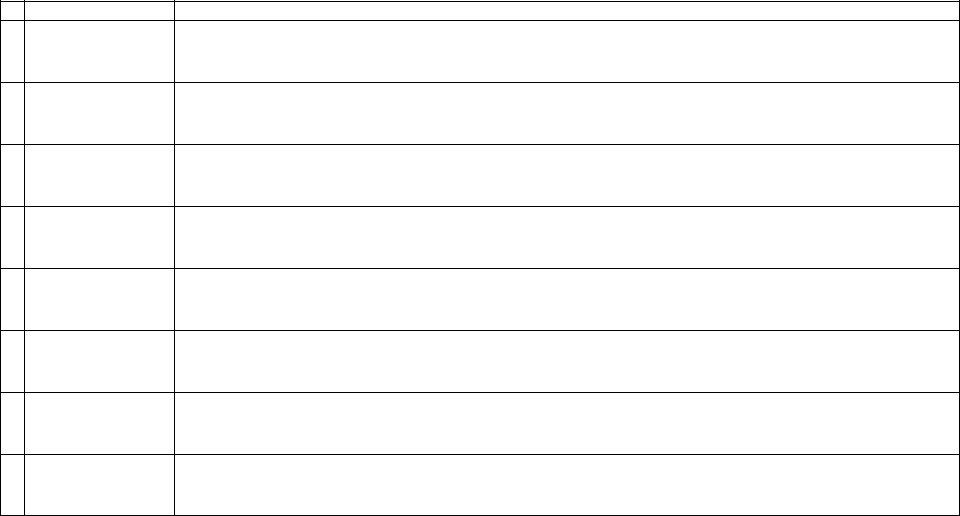 Why do I have the fear?

If you must list additional fears do so below.

Column 1 checklist (We reviewed our sex conduct over the years past. Whom had we hurt?)

•Me with guilt or shame

•How did I cause the hurt?

Column 2 checklist (Where had we been selfish, dishonest or inconsiderate?)

•Using him/her to meet my needs for sex, attention, approval, mothering, or fathering

•Not seeing him/her needs or problems

•Wanting to look good or be liked

•Taking out my emotions on him/her (anger, sadness, etc.)

•Wanting him/her to take care of me

•Not trying to be a friend

(to me or others)

•Not admitting my sexual orientation

•Not being clear about my motive (wanting fathering, mothering, approval, approval, or sex)

•Wanting to vent my emotions on or control him/her

•Putting others or myself at risk of disease, legal involvement, and embarrassment

•How I was inconsiderate?

Column 3 checklist (Did we unjustifiably arouse jealousy, suspicion or bitterness)

•How did I cause jealousy (tricking, flirting, also see Suspicion, below)?

•How did I cause suspicion (lying, flirting, tricking, coming home late, etc.)?

About her, him, family, friends, co- workers, etc.

About me (guilt, shame) How did I cause bitterness?

•Was I selfish, self seeking, dishonest or fearful, thoughtless, uncaring?

Column 5 (What should I have done instead?)

•Not used the person

•Tried to be a friend

•Been candid and open

•Treated him/her as I would have wanted to be treated

*Thanks to Anonymous in New England. 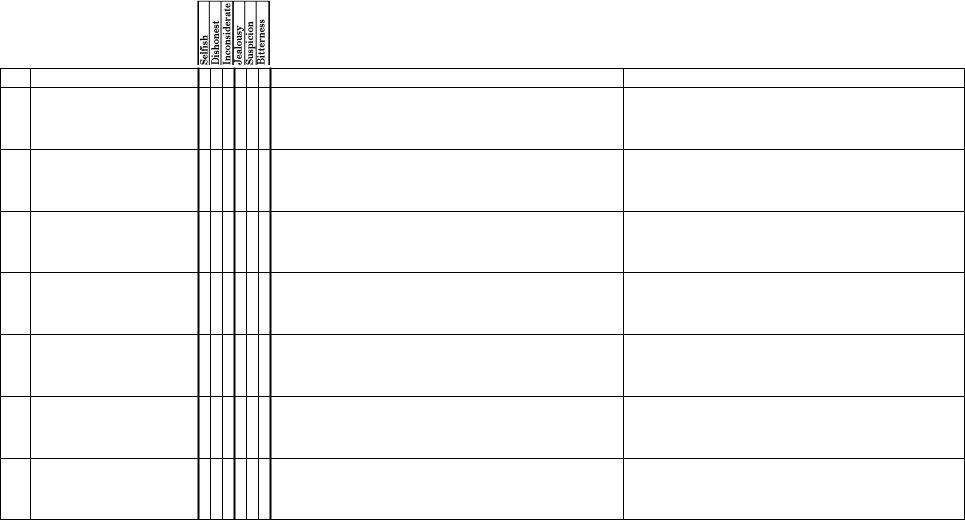 Complete each column top to bottom before going on to the next column.

Column 1 We reviewed our sex conduct over the years past. Whom had we hurt? Column 2 Where had we been selfish, dishonest, or inconsiderate?

Column 3 Did we unjustifiably arouse jealousy, suspicion, or bitterness? Column 4 Where were we at fault?

Column 5 What should we have done instead?

REVIEW OF OUR OWN SEX CONDUCT

Whom did I harm?

Where was I at fault?

What should I have done instead?

If you must list additional sex conduct attach another sheet.

Fourth Step Inventory isn’t the one you’re looking for?