Station Model Lab Answer Key – Fill Out and Use

Our site is the place to be at if you're looking to open and acquire this form. Our PDF editor allows you to edit any form quickly and easily. Any platform works extremely well, including a mobile phone, tablet, or laptop.

The Station Model Lab Answer Key Form is a great tool to help students and teachers understand the station model lab procedure. The form includes information about each step of the lab, as well as answer keys for student work. This resource is a great way to ensure that all students are on track during the lab, and to provide feedback on their work.

Below is the details concerning the PDF you were seeking to fill in. It can tell you the amount of time you'll need to fill out station model lab answer key, exactly what fields you will have to fill in, and so on. 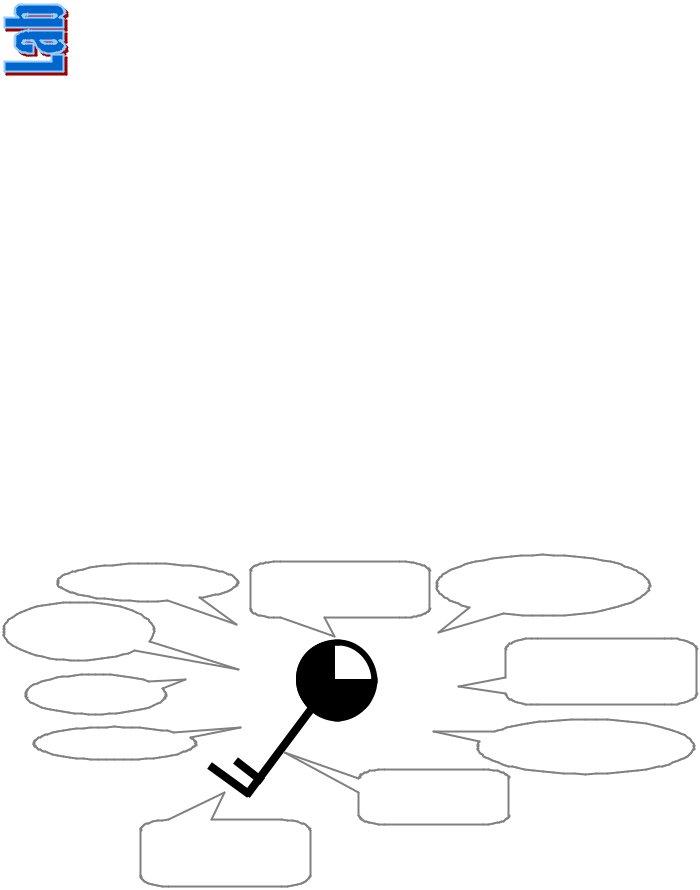 At commercial airports throughout the country the weather is observed, measured and recorded. In New York State alone there are over a dozen observation sites. These stations record: temperature, dew point, cloud cover, visibility, height of cloud base, amount of precipitation, wind speed and wind direction to name a few. The measurements made every hour at every station around the world. This is a very large amount of data, which can be very useful in predicting the weather.

to every weather station in the US. Because of the lack of space on weather maps, the weather information needs to be coded. In order to do this the information needs to be highly organized and standard throughout country. By using station models the data can be represented by a symbol or number, and it’s meaning is easily understood by where the symbol or number is placed on the station model.

Through this lab you will learn to understand station models used in meteorology by coding and decoding a variety of stations.

Barometer Trend (a increasing 1.2 mb rise in the past 3 hours)

(inches in the past 6hrs)

Air Pressure: when coding air pressure on a station model, use the following rule:

a.if the air pressure on the station model is 500 or more, place a 9 in front of this number. Also put a decimal point in front of the last number EX: 958.8 millibars

b.if the air pressure number on the station model is less than 500 add a 10 in front of the number. Also put a decimal point in front of the last number EX: 091=1009.1 millibars

Past Pressure: When calculating the air pressure for three hours previous use the following rule:

a.if the station model displays a + some number there was an increase in the barometric pressure. Place a decimal between the 2 digits and subtract the number from the current air pressure to get the pressure from 3 hours ago. EX +12= 1.2 mb increase so the past pressure is lower by 1.2 mb.

b.if the station model displays a - some number the was an decrease in the barometric pressure. Place a decimal between the 2 digits and add the number to the current air

pressure to get the pressure from 3 hours ago. EX 2.4 mb decrease so the past pressure is higher by 1.2 mb.

Temperature and Dew point: Are always reported in degrees Fahrenheit (°F) these may need to be converted to degrees Celsius (°C) using the ESRT

Wind direction is measured by where the wind originates. The stick of the station models points in the direction of where the wind comes from. The flags on the stick approximate the speed of the wind, a short flag: 5 knots, a long flag 10 knots and triangle is 50 knots. A knot equals 1.85km/hr or 1.2 mph

Cloud cover is determined by how much of the visible sky is filled with clouds. It is usually done in estimates of 10th’s. AN obstructed view is when the observer, for some reason, could not see the sky… like at night.

Precipitation may fall to the earth in many different forms. The form is indicated by a symbol shown below. The water equivalent (the water or melted form of the precipitation) for the last three hours is reported in the station model using inches. 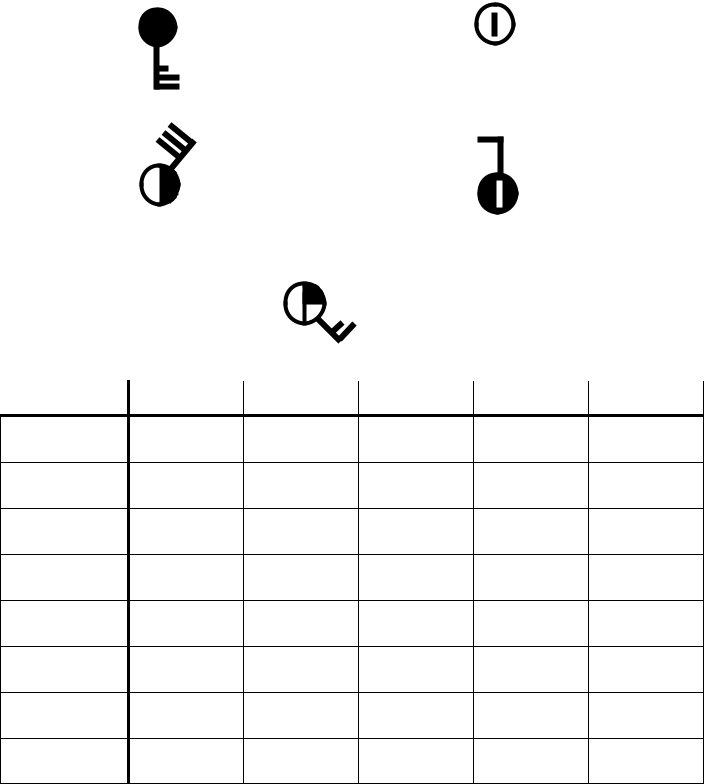 Using the station models below, decode the weather conditions and record the information displayed in the following table: 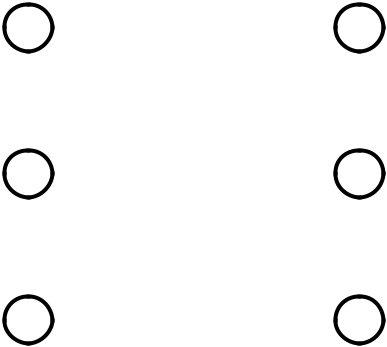 In the chart below, you find meteorological data that was taken at several different New York State airports. Use this data to create station models for each city listed in the table. 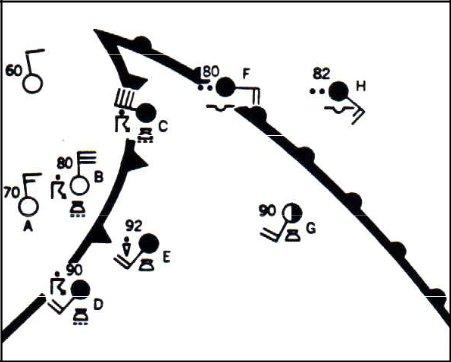 Shade the area of the mT air mass in the diagram below:

On the blank line, write the letter of the item in Column B that is most closely related to the item in column A.

______8. severe storm with precipitation of snow and ice